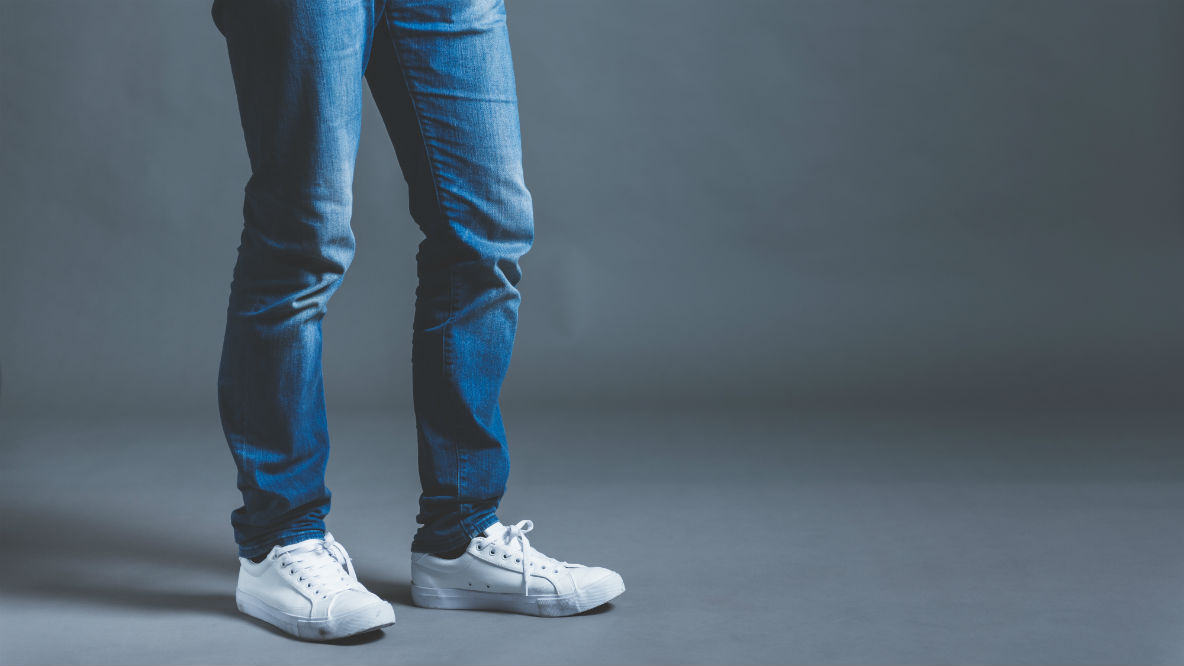 A pair of denim jeans is a must-have in anyone’s closet. After all, this piece of clothing is versatile. It can be worn with a variety of tops and can match different kinds of shoes. Unfortunately, finding a good pair, especially for men, is no easy task since there are plenty of such products in the market. Men's denim jeans, after all, come in different designs and fit. Thus, finding the best mens denim jeans may take some research and effort.

The History of Denim Jeans

Where, when, and how did denim jeans start? The term “jeans” is coined after a small place in Italy, Genoa, where cotton corduroys which are either called jeans or jean were manufactured. Additionally, the year 1873 marks the birth of blue jeans. All thanks to two men, namely Jacob Davis and Levi Strauss.

Strauss was a dry goods merchant who came to the United States in 1853 to open a branch of his family’s wholesale dry goods venture. Two decades after, he has made a name for himself and became a well-respected businessman. Meanwhile, Davis, who was a tailor, was his frequent client.

One day, a female client asked Davis to create a durable pair of pants for her husband. In return, Davis thought of putting metal rivets, which prompted him to find a business partner, at certain areas of the pants. He then decided to ask Strauss to help him with this new venture.

On May 20, 1873, the two men received the patent for the riveted pants. They were the first to create blue jeans using denim, although the use of denim for workwear was not a novel idea back then as many work apparels were already made from this fabric. What made the product different is the placing of the rivets, which is now what we refer to as jeans.

Now that you know the history of denim jeans let us take a closer look at three of the top denim jeans for men out in the market. We will discuss their features, pros, and cons, and help you decide which one is the best.

The Carhartt Men's Traditional Fit Denim Five Pocket Jean boasts of being made from a strong 15-ounce and 100 percent cotton ring-spun denim. This pair of jeans has a slim fit around the thighs and sits just slightly below the waist. It has a straight leg opening that can cover one's boots.

The product has five pockets, three in front and two at the back. This item features a button fly closure. It can also be washed using a washing machine. 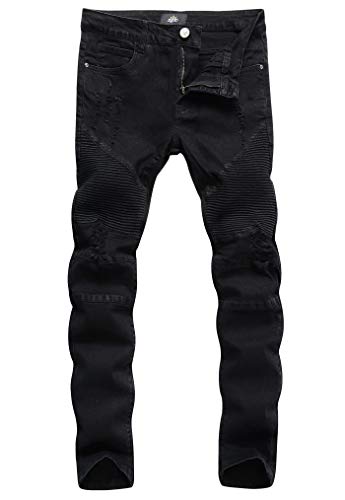 The ZLZ Slim-Fit Biker Jeans promises to be super comfortable skinny biker jeans. It boasts of having a sweat-absorbent and breathable fabric that is soft to touch. The fabric is also elastic that is capable of holding the shape throughout the day. It has tough stitches, and sturdy zippers and button.

This pair of jeans is made from 70 percent cotton, 28 percent polyester, and two percent spandex. It is machine-washable.

The jeans has seven pockets, five of which are found in front. Three of the five pockets are the standard pockets found in jeans while the two others are located below the normal pockets. These two pockets have zipper enclosures. 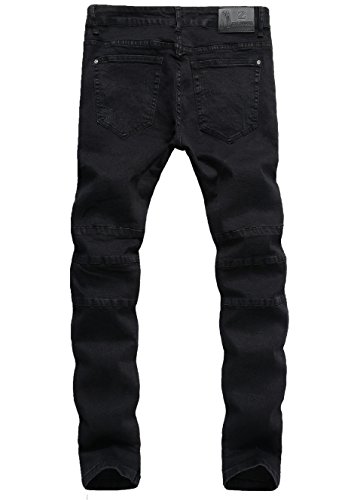 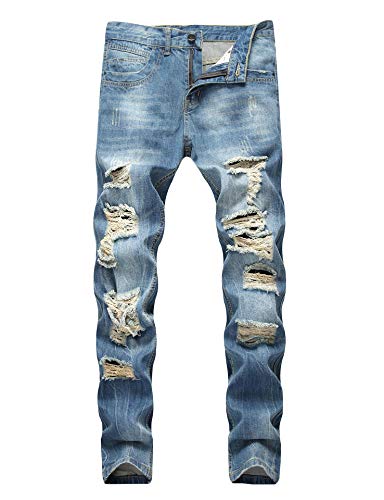 As the name suggests, this pair of jeans features a unique design with its ripped portions. These destroyed areas are ripped differently to make the piece of clothing unique. The back leg portion is also in two different colors.

This product is made from denim cotton. It has the usual button and zipper fly enclosure. There are five pockets, which is the usual design for most jeans. This pair of jeans can be cold-washed in a machine and has to be washed along with like colors. 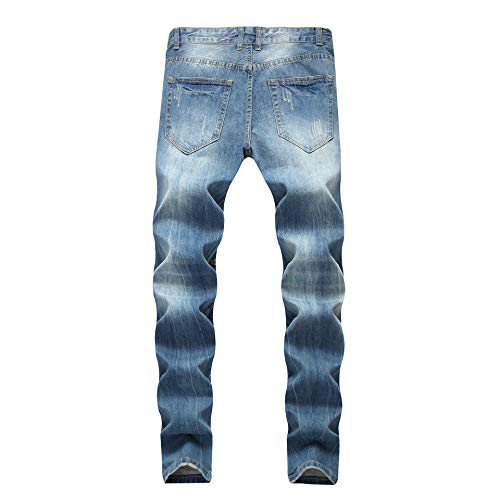 All three products claim to be comfortable and durable pairs of jeans. But which of the three actually deliver on the promise?

The Carhartt Men's Traditional Fit Denim Five Pocket Jean has a classic design and is durable. Unfortunately, it suffers from a major design flaw as it tends to be too narrow on the hips and thighs. One needs to have narrow hips and very slim thighs to fit comfortably in this pair of jeans.

On the other hand, the Enrica Men's Ripped Distressed Destroyed Straight Fit Washed Denim Jeans boasts of a unique design with its distressed denim. Unfortunately, one runs the risk of getting holes in the crotch area of the pants. This is because the distressed area on the upper thighs can rip further and reach the upper part of the jeans.

The ZLZ Slim-Fit Biker Jeans is the best mens denim jeans of the three. It has a unique and sensible design and provides a comfortable fit. One, however, must wash the jeans several times to get rid of its strong scent.

Best American Made Jeans for Men to Purchase in 2020

How to Cuff Jeans for Guys

How to Wear Timberland Boots with Skinny Jeans