How to Make Ripped Jeans for Men and Women? 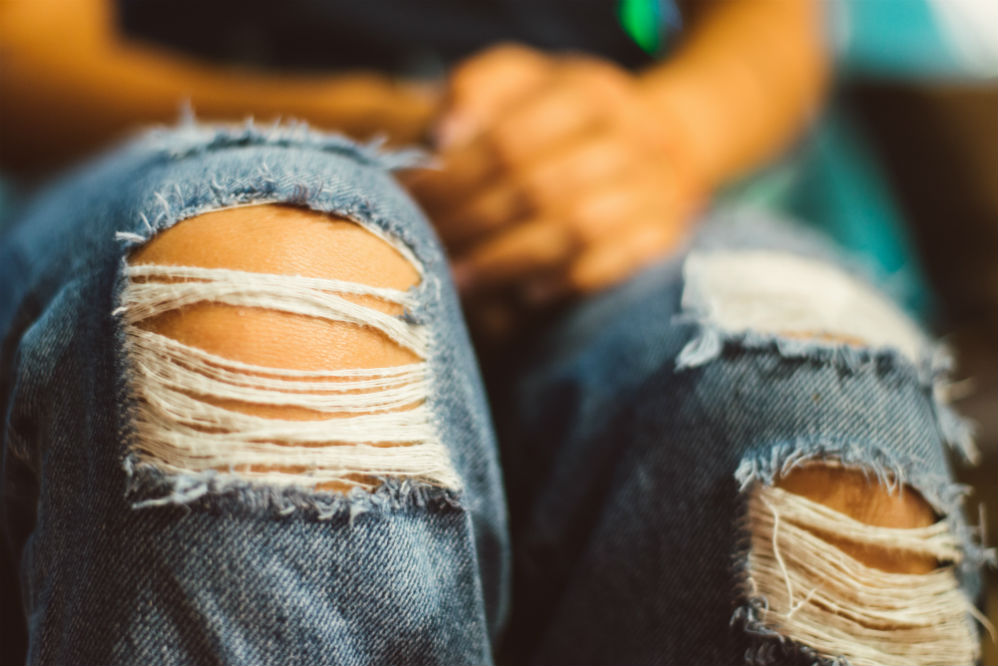 Jeans are a fashion staple. Everyone must have at least one pair of good jeans in their closet. It never gets out of fashion, easy to pair with other clothes, and can last a lifetime. And even if you get them ripped, intentional or not, they are still okay to wear. In fact, ripped jeans are okay to wear and even stylish at times! You can either buy them like that or turn your old jeans into one, so it pays to know how to make ripped jeans for men or women when you feel like having one.

How Jeans Started Out?

Jeans started out as clothes meant to withstand a lot of punishment. Denim pants became the norm at the time when virtually everyone is involved in some kind of manual labor or work, either as part of the job, or something that has to be done on a day-to-day living like getting firewood or tending to the farm.

Because these physical works are naturally rough, clothing has to be extra tough. Pants were not normally made out of sturdy material, but soon denim became a material of choice as it can take on a lot of abuse. The extra tough material also lasted longer which means you don’t have to spend a lot to buy new clothes all the time.

Jeans became a popular piece of clothing for everyone, and it was worn all the time. It was no longer just for people who’d do tough work. It can be worn even when you are just going to work or school.

At first, jeans were worn by the working class because this clothing can handle the tough things these people do for a living. Jeans soon became a popular piece of clothing that everyone owns at least a pair. Ripped jeans, for the most part, are just a result of normal wear and tear, and those wearing one may be assumed to do so because they cannot afford to buy a new pair.

Later on, ripped jeans became a symbol of revolt against the norm by punk-rock enthusiasts and were adopted by the next generations as a mark of not conforming to the rules and as an expression of oneself. Today, anyone and everyone wear ripped jeans, and this serves as a fashion statement, rather than out of necessity or as an expression of one’s affiliation or beliefs.

How to Make Ripped Jeans for Men and Women?

Nowadays, ripped jeans can either be a product of regular wear and tear, or ripped by the owner themselves, or bought in that state. Buying pants that were ripped by the manufacturers may sometime be more expensive than just buying regular jeans and making one, so it may be helpful if you know how to make ripped jeans for men and women.

Start with jeans that fit you well. Loose jeans don’t have the same appeal when ripped as compared to those that fit right. If you are going for a distressed look, then use the jeans that you’ve owned and used for some time. You may opt to buy a new pair to work on, but the ones you’ve had with you for a while may have a better look to it when ripped.

These are mostly for cutting, and to give that worn look by thinning and fraying out the part which you want to look ripped. For cutting, you can use a pair of scissors, or you can use box cutters. They are mainly for making huge, clean, and straight holes. For thinning the denim fabric and creating a frayed look, you can use a piece of pumice stone, sandpaper, steel wool, or graters.

Most people would choose the knee to make the hole, which is fine. This is one of those areas which receive a lot of wear and tear and is expected to have some rips in the long run. You may also choose other areas, but the one that has a more natural look of ripping would be those on the thighs–but not too high, and those that are a little bit below the knees. Figure out which areas where you’d want the rip to be, and mark it.

Lay out the pants on a flat surface. You can put a cutting board inside the leg, under the area you are going to cut. This will prevent you from cutting the back part of the pants if you are using a knife or box cutter to make a hole.

Before you cut, thin out the area you’ve marked by rubbing that part with steel wool, grater, or sandpaper. This can speed up, artificially, the wear and tear that you’d get with jeans that have been worn for years.

You can make a cut with your scissors or box cutter once you’ve thinned out and have started fraying the fabric in the area you are working on. Pull out the strings after you’ve made the cut to give it that realistic appearance. You can start with a small hole, and with continued use, it will get bigger.

You can reinforce the rips you’ve made by sewing the edges. This will help prevent it from getting larger than the size you intend it to remain at. The sewing can also give a look that attempts of repairs have been made, which fits right within the ripped jeans fashion design.

There are no exact rules on how to make ripped jeans, these are supposed to be a product of wear and tear, and naturally can appear anywhere in the jeans, and can look different from one another. Do not be afraid to tear into all pairs, and see which ones you can upgrade by making a few simple cuts. If you mess up, do not worry, the rips are meant to look different every time, or you can just change it to denim shorts.

How to Measure Men’s Waist Size for Jeans: A Detailed Guide

Regular Fit vs. Straight Fit Jeans: What is the Difference?